Where Did VR Originate? Know The Whole Story Here 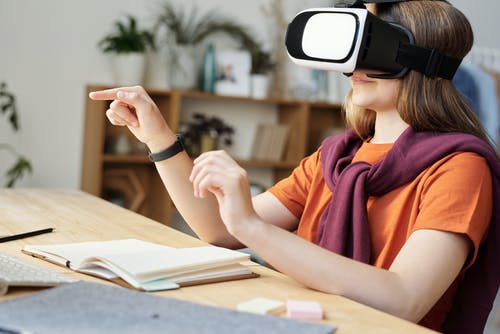 The origination of VR and the naming of it needs two different articles for one to explain and understand properly. This article talks not only about where did VR originate but also about who named it. Although it is believed that VR came into the market in the 1950s, its actual invention dates back to the 1860s. This is long before the development and introduction of digital technology in the market.

Where Did VR Originate?

The first examples of this are the 360-degree murals. These murals not only engaged a visitor’s attention but also intrigued them to the highest levels. Probing further, we can see examples of the same in the works of Antonin Artaud – the French playwright. He considered illusion and reality to be one and the same. He even believed that while watching a play in the theatres, the audiences should cut out their disbelief and consider the performance to be the reality.

Further probing into the answers of the question where did VR originates, the next example can be considered to be the first flight simulator invented by Edwin Link. Edwin Link, with his invention, had given novice pilots a useful training device.

The training device and all the other points mentioned above were combined together to form the VR or virtual reality as we know today. In between, there were many other inventions in the same genre. A few examples include the Sensorama, head-mounted display, and interactive maps.

Although there are many negative connotations attached to this device, it can also very well be used to our advantage. We only need to be careful about the ways we use and the hours we spend on it.

Since most of us who love to play games on VR love computer games too, here are 2 products to help you with your gaming.

The Console Game Disk Organizer is a great way to store all your games in one place. Doing this lets you access any game at any time you want without you having to search for them here and there. The vertical design lets you see all your games at once, so you can easily pick one out. It also lets you save up space in your room and keeps your room organized.

Keep your PC up and running at all conditions using this 600W PC Power Supply Unit. It has multiple features that help you protect your PC from over or under voltage of power supply. With this as a part of your console, you will never have to worry about your PC getting damaged due to faulty power supply. It is also energy-saving and has an exhaust fan for cooling your console.

Now that you now all about VRs and also know about 2 very useful products that will help you with your gaming sessions, what are you waiting for? Go and upgrade your gaming console now and be the best among all!