VR 360 Headsets That You Need To Be Equipped With 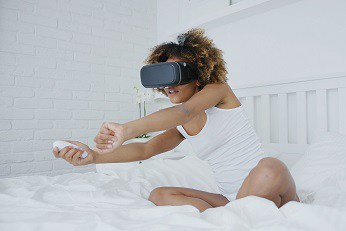 If you are up for playing VR 360 games, then you need to equip yourself with the proper headset. Unless you do that, you would not be able to have much good experience with the help of your device. That is why you need to choose your VR 360 headset wisely.

There are plenty of manufacturers of VR headsets who have clutched the market of the current time. But you need to check whether you are a beginner about VR games or a pro. Otherwise, the gaming controls might not suit you.

Undoubtedly, VR headsets demand a lot of money if you wish to possess it. So, if you do not choose the proper product that is suitable for you, then your investment of money can turn to be in vain. In this article, we will be discussing some VR 360 headsets that can help you to choose.

If you own a PlayStation of Sony, then you might not need to be equipped with any other kind of VR 360 headsets. The VR headset of Sony itself is enough for your experience. No matter whether you are a newbie about the VR games or you are a pro, you can easily use it as you are familiar with the control of a PlayStation.

The controls of a PlayStation is often known as the PlayStation Move. But besides that, this device is powered with a different control as well. DualShock 4 controls are added to this device for the better experience of the gamers.

PlayStation itself provides both platforms of hardware and software to it. That is why it becomes perfectly compatible with the PlayStation. Especially if you are using a PS4, you would be able to experience smooth gaming.

The headset of the Sony PlayStation is tethered with the PS4 box that is in your possession. Besides that, the motion track rate is very high then the other VR headsets available in the market. It has a motion rate of 6DOF.

You can connect this headset with your PS4 box with the help of the HDMI port. If your box does not have one, then the USB 2.0 port would do the same for you. Though the resolution of glasses for every eye is a little lesser than the other VR devices, it would not create a problem for your gaming experience.

VR Headset For The Nintendo Users

Apart from the PlayStation, Nintendo is another famous gaming console across the world. If you are using a Nintendo, then you would be needing to have a different VR 360 headset for having the experience of entering the artificial world of the game.

Nintendo comes with its own VR kit. So, you do not need to go for the external VR manufacturing companies. The controls of this VR 360 headset is easy as well as it is also the same controls of a Nintendo box. Besides that, Nintendo also provides the software and hardware platform for the Nintendo VR Kit as well.