Virtual Reality Headset Facts: The Thing To Amaze You 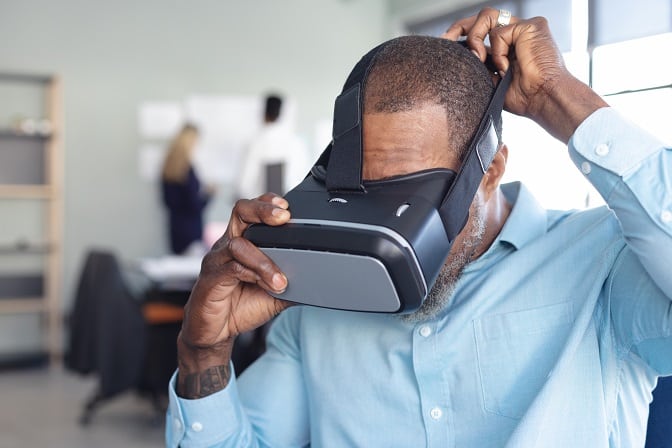 Once you mount this headset you can start experiencing a world that is completely beyond the actual reality in front of you. Technology has already succeeded in becoming the mainstay at our office and even at our homes.

Here are some of the surprising facts that you may not have heard earlier about virtual reality.

It was in the year 1995 when the head-mounted VR glasses were actually developed. A company called virtual I/O had developed it. These glasses were known as i-glasses. However, this headset offered many features and it was lightweight.

I-glasses were highly comfortable and compact. They also offered interesting features called head tracking. Even though the headset was compact and lightweight the computers that made it working were bulky and unwieldy. Hence this headset was not portable.

Sony’s PlayStation VR Headset – One Of The Best

Today, this is one of the most commonly used and popular VR headsets. Moreover, PlayStation VR was actually developed by a small group of engineers at Sony secretly.  Till it was complete, Sony’s supervisor had no idea about this development.

VR Is Much More Than Gaming

The majority of the people think that VR is for the gaming and entertainment industries. But this is not true and you can utilize VR for many other industries as well. You can extensively utilize Virtual Reality for many other things than just for gaming.

Today people use it in space exploration, medical science, and even for military applications. Moreover, VR cameras are the ones that are used for the majority of the 3D content capturing.

Even though VR has decades of legacy in terms of technological developments, it was never utilized for practical purposes until 2012. It was because of a Kickstarter campaign by Oculus VR, a very small scale developer who raised $250,000; everybody started using VR for practical use.

They raised money and later developed affordable yet completely modern VR headset. They named it as Oculus Rift. After this success, Facebook acquired this company for $2 billion.

Similar to VR, we can interact with these AR elements. There is a device that specifically targets AR. This device is from Microsoft. People know this device as Microsoft HoloLens.

There are many factors that we should learn about VR and are extremely surprising. Even today some of the facts about VR are under progress and the researchers are yet to develop it. However, every day there is something or some multitude that researchers are finding. This needs to completion very soon