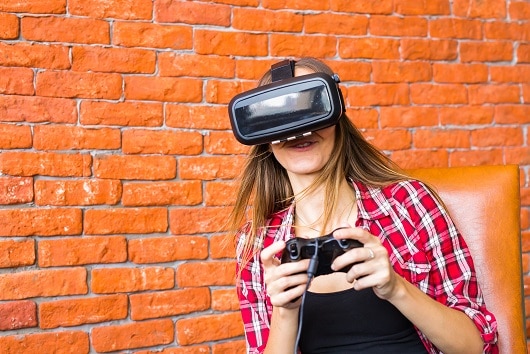 Virtual reality and augmented reality have a large difference to tell. People around the world often go through the confusion whether both are the same or not. Besides that, they often ask that if they are not the same then what is the difference between them?

What Is Virtual Reality?

It makes the users feel that they are experiencing artificial reality with their own eyes. But it basically stimulates their power to hear and the vision itself. People across the world use VR technology for the purpose of gaming and making 3D movies.

Besides that, during the training period, some real-life environments can be created with the help of this technology as well.

What Is Augmented Reality?

People across the globe consider augmented reality in the name of AR as well. It is the same technology like virtual reality. But it is more layered than the VR itself is.

The layered concept of AR enables the users to interact with the artificial reality that an AR can create. The mobile device and app developers often use AR for blending the digital components to the real world.

They blend it in such a way that it enhances each other. Besides that, you can easily tear them apart as well. AR technology is not mainstream yet. If you want to display a score on the sports games, or you want to make 3D pop up of photos or text messages on the mobiles, then you can use this technology.

If you are a specialist with motion-activated commands and holograms, you can do revolutionary things by blending them with AR technology.

Similarity Between These Two Artificial Realities

Now you know different things about these two artificial reality technologies. We hope that you have gotten already about the differences between these two technologies. But besides that, they are similar in some ways as well.

First of all, the technology of AR and VR is the same. Both of them exist for the same purpose. Their sole purpose is to serve the user with an enhanced experience of artificial reality. The developers across the world use both of these technologies for the purpose of entertainment.

It has now turned out to be a very common purpose for these technologies. If you are going to make a movie or a game based on science fiction, then you would be needing to use both augmented reality and virtual reality.