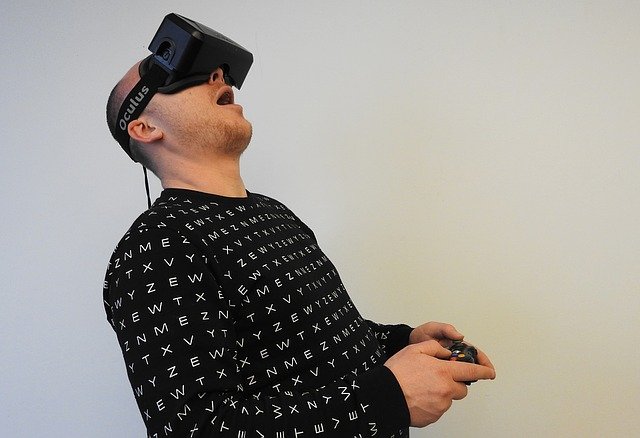 VR headsets give a whole new experience as it shows virtual reality while playing video games, simulation, or even training. These headsets have many other applications as well. There are multiple types of VR headsets in the market. This makes it difficult for buyers to decide which one is right for them. But no worries as here are the top 3 VR headsets in 2021. All of these have their unique qualities along with some drawbacks. There’s no perfect device but you can choose the best option according to your requirements.

The Oculus Quest VR headset comes with a sharp display. There’s a six-degree of freedom motion tracking as well as double controllers in this device. This headset doesn’t have any wires. It’s completely wireless so it won’t be problematic while playing. The VR headset also arrives with some of the best quality games. On the other hand, the refresh rate is pretty low in Oculus Quest. Moreover, it’s not as powerful when compared to VR headsets from other brands. All in all, it won’t be wrong to invest in Oculus Quest.

Without a doubt, the PlayStation VR from Sony is one of the best in the market. VR gives an amazing experience to wearers. It enables motion control support due to which users can enjoy games at their finest. Sony PlayStation VR also goes with non-VR apps as well as games. That means one can use it in many different ways. The VR headset has a low cost of entry too. On the negative side, it lacks power and there are few issues with motion tracking in the system. Furthermore, buyers have to separately purchase a PS camera as it is not included in Sony PlayStation VR.

HTC Vive Cosmos comes with a sharp display and the new version is even better than the previous one. Some upgrades make it more remarkable. The technology in HTC Vive Cosmos is pretty good as it has enhanced the motion control in the device. Unlike other VR headsets, here the refresh rate is higher. There’s a large software library and external sensors are not needed at all. However, the HTC Vive Cosmos is on the pricier side.

Now you can decide the best VR headset for yourself through these top picks. In the above article, the 3 best VR headsets are mentioned. Each headset has some qualities but at the same time, there are some drawbacks too. Firstly, its Oculus Quest is wireless, comes with dual controls, 6 DOF, many excellent games but lacks power as well as refresh rate. Sony PlayStation VR has a low cost of entry, amazing experience, and motion control support. HTC Vive Cosmos is better than the previous model. Still, it has some issues.