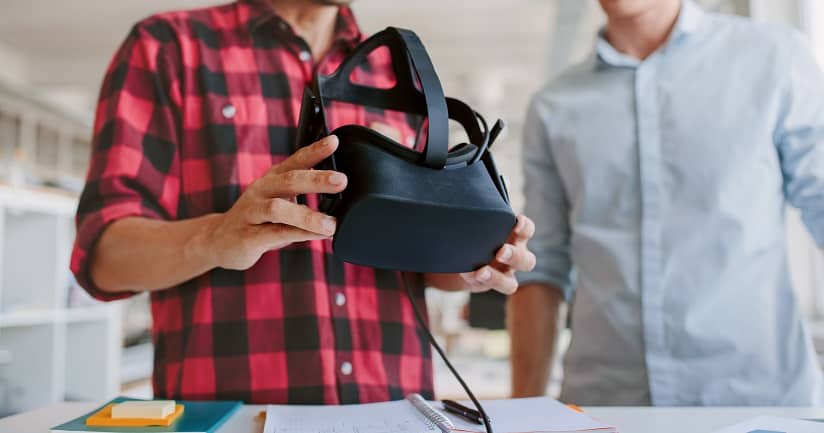 Scary VR games are available on the android. Once you have Google Cardboard, its time you should stop playing other touring the solar system or roller coaster games. It is completely waste spending time on them. There are a lot of scary VR horror games that you should try on the Google Play Store.

These games bring you a 360-degree scare experience that you cannot expect from any other game. There are some that even allow you to explore new locations, interact with new objects, and even solve puzzles. Here the majority of the apps are games but there are some exceptions. Since each and every game is unique, you should try all of them.

Let’s look into some of the scary VR games that you should try without fail.

This is one of the frightening games in this VR game set. The game takes you into an abandoned house that is full of traps along with scary ghouls. For unearthing the secrets, you should searching clues through solving the puzzles. Through this, you can unearth secrets along with haunting the earth and search ways to get out of it. Everything should be done before you get caught by the monster.

You should expect some jump scare moments and hence you should be ready with headphones on for the best experience. This game is completely compatible with Google cardboard. But you should have a Bluetooth controller that lets you control movements along with interacting with puzzles. You can try the demo available and if you like it, you can go for the full version.

This is one more VR scary game and this can be played with or without the device. This game has grabbed some inspiration from horror games of the kind point-and-pick. The best part is, it offers superb 3D graphics. You can expect a lot of challenging puzzles. But there are very few scary locations.

This game is surprisingly deep and if you are in search of short VR games, this is not the right choice. It will take time if you are waiting for the monster to take you. You can solve puzzles easily with this game since it offers simpler controls.

Here you can expect a creepy ghost story that mostly revolves around the fate of twins. There is no clue what actually happened to them and you should try to find that truth. But you will face something or someone who is against exploring the godforsaken house. The best part is this game offers very simple look-based controls. These will assist you in exploring the haunted room.

The game comes with directional audio and head-tracking audio that helps you in finding the perfect virtual house. There was a game called Papa Sangre and the audio of Sisters resembles that of Papa Sangre. The only thing is Papa Sangre was not a VR game.

There are a lot of VR games that come with scary VR effects and these are meant for scary lovers. The games listed here are perfect ones to try.

Check Out The Video Game Stores Near Me

Save Money And Drive Safe With Sams Club Near Me Tires