Look For A VR Headset Best For Every Fun-Filled Requirement Of Yours! 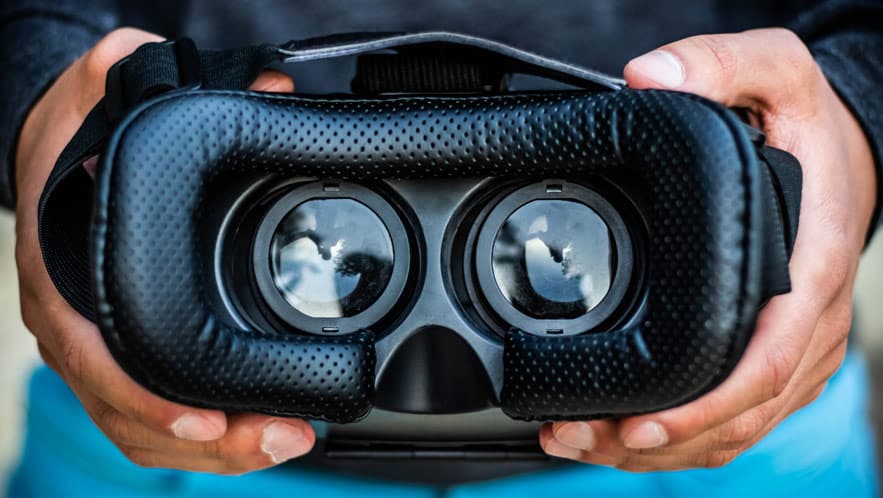 Searching for a top-class VR headset best for your mobile phones and PCs? Then this guide for you, fella. To figure out the best VR headsets is always a baffling thing to buy in this virtual world, that is full of innovative game consoles, smartphones, and PCs, it is reaching new heights. So below we have narrowed down the comparisons and some of the best VR headsets that you can look up to in today’s market!

Nowadays, there are standalone VR headsets available with complex functioning.Well, talking further, Oculus Quest 2 is a replacement of Oculus Quest that features excellent functioning. With some powerful specifications and updated design, this headset is just revolutionary.

Other VR headsets are starting from Oculus Rift S to Valve Index to HTC Vive. You will need a little more space on the floor to set up these devices.

Moreover, you can go with PlayStation VR when you have PS4 Or PS4 Pro handy. So have this beautiful headset when you’re playing your favorite games, including Star Trek, Batman, etc.

And if you’re tight on budget, then choose a good phone-based VR headset. However, let us tell you it’s not the best method of experiencing proper VR. this, considering everything here are the top VR headsets one can go for.

The Detialed Overview Of The Best Vr Headsets You Can Buy Today!

If you talk about the overall features, oculist Quest stands unique. The range of this headset is between ₹74,999-₹84,999. Moreover, coming to its features, it includes:

It’s a device that gives a unique vision to the virtual universe. The product is a generation of Facebook’s wing that features fabulous VR headsets, and among the huge list, oculist Quest stands at the superior position.

Moreover, the Quest’s sensors make it a perfect suit for a room where there will be no bumping of objects with its sound system.

The controllers of this VR headset is comfy to wear even you have your glasses on. So, you can wear the headset without any worry of sweat or getting hand cramps for a very long time.

Oculus Rift S is undoubtedly the best VR headset for your PC. It features:

It’s a headset that comprises 1280 * 1440 display of resolution with an ultimately fast frequency rate of 80 Hz. The device is perfect for long VR gaming sessions. The audio sounds are nothing but impressive.

The credit goes to the tracking system of Oculus that deliver room-scaling VR systems without external sensor need. The touch controllers of the system will make you feel more kinetic and energetic.

There’s a huge library of games in Oculus Rift S with features like Job Simulator, Superhot, Beat Saber, etc. So, for all the pals out loving to have a desktop-based system, Oculus Rift S is one of the top VR headsets best for your gaming time at a decent price.

For your game consoles, PlayStation is the top-rated VR headsets. It comprises:

If you wish to play VR games on the console, PlayStation VR is the best system for it. With this, you can play games, including Batman: Arkham VR, Eve: Valkyrie, and Star Wars Battlefront: Rogue One X-Wing Mission along with Astro Bot Rescue Mission.

PlayStation VR credits are one of the most affordable VR gaming options, especially when you have PS4 or PS4 Pro.

Moreover, with a frequent rate of 120 Hz, it delivers one of the best sounds. Also, people can watch movies other than playing games.

Oculus Go is one of the fantastic VR headsets for money. It cost around ₹29,999 and features:

Those who desire to have a wallet-friendly VR headset can go with Oculus Go. The headset is equipped with Snapdragon 821 chipset, featuring an LCD Display. It manages to offer better quality spatial audio along with a solid color. It also offers a great suite of games and apps.

HTC Vice is one of the best VR headsets for having a soothing and immersive experience. It cost around ₹69,999 and features:

HTC Vice has some of the best movement tracking system along with some best controls. You can customize the controllers as per your hand shape.

Also, it features a pressure-sensitive controlling system in VR games for deeper immersion. It has an LCD Display, making you comfortable watching your favorite sports match and comprises an excellent sound system.

The only drawback with this headset is that it doesn’t contain a USB-C cable for charging its different components.

So, above we have listed some of the best Vr Headsets in today’s market. So, what are you waiting for? Choose and Buy your VR headset best as per your requirements!