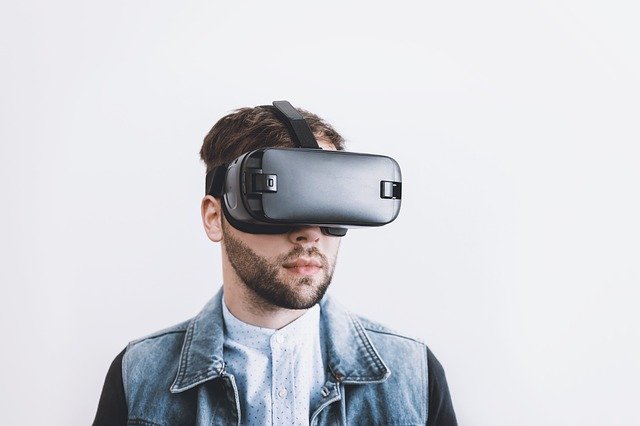 Virtual Reality (VR) is one of the most interesting technologies for education. Here are 5 ways that VR can be used in learning environments. Most of these examples have been tried and tested by my team at Immersive Computing over the last few months. We continue to look for new problems this technology can solve as we work with customers every day. This post is a quick summary of those experiences – what’s worked well, and what hasn’t been so easy to implement yet.

1.    Use VR to feel small being so close to objects or large spaces

There are several use cases where you want to fit the user in the environment. For example, if you want to show them how big or how small something is. A construction engineer can walk around an object that they are designing without actually having to go to the site where it will be built.  Or a student can study different animals in their natural habitat up close and personal without leaving the classroom.

2.    Make users feel like they are part of another story

The plot of Star Wars has been told hundreds of times but most people have never felt what it would be like to sit inside the Millennium Falcon with the characters while Luke Skywalker’s X-Wing zooms past overhead. VR gives us an opportunity to turn passive viewers into active participants in our stories, whether it’s a movie, a game, or an educational experience.

One of the most interesting uses for VR is to bring physical objects into a digital space where they can be more easily analyzed. For example, if you want students to visualize the Earth’s water cycle, you could draw it on one part of their desk while showing them photos on another part of the desk. Or you can let them see and understand what we’re leaking and not capturing by drawing the same diagram with help from visualization tools like Drip by Drop spring.

If you have ever had trouble explaining how something works and why certain decisions were made during its creation, VR might be the tool you need.

For example, let’s say I want to show people how to build better housing for flood-prone areas by using elevation data and 3D modeling tools. This can mean showing users where water will flow during major storms so they can design their houses accordingly or simply use an existing model of a flood plain to help them understand what kind of designs fail in high water conditions. BIM 360 Glue is one option that makes it easy to bring models into VR spaces for this type of training.

There are plenty of examples where companies would like to train employees on new machinery but it takes too long, costs much or there isn’t enough room to have everyone present. Using virtual reality, companies can configure an existing factory floor in VR and allow employees to move around the space at their own pace, giving them enough time to understand how equipment remembers what you’re trying to learn through context clues. Immersivepment will be used before they set foot on a real assembly line.